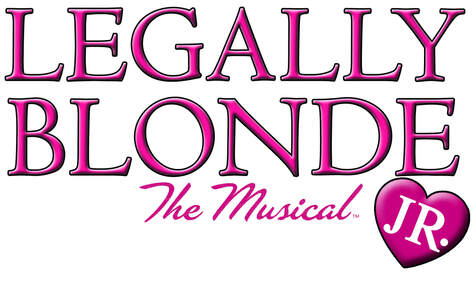 Harvard's beloved blonde takes the stage by glittery pink storm in this fabulously fun journey of self-empowerment and expanding horizons. This two-week musical theatre intensive camp where students put on a musical production! All campers will be cast in roles that provide them opportunities for growth in acting, singing and dancing. Culminates in a performance for family & friends.
AGES 14-18 ~ REGISTER FOR WAITLIST

​Journey “under the sea” in this musical theatre intensive two-week camp where all campers will be cast in roles that provide them opportunities for growth in acting,  singing & dancing. Join us for this musical adventure! Culminates in a live performance for family & friends.​
AGES 10-14 ~ REGISTER FOR WAITLIST

Dates: August 1st-5th, weekdays 9am-3pm
Fees: $325 ($310 if registered with Early Bird code 22EBSING prior to Feb 5)
​
Do you want to build a snowman? You’ll love this fanciful and heartwarming stage adaptation   featuring all of the songs from the animated film. Rehearse lines, songs & fun dances in this one-week musical theatre training camp. Culminates in a live  performance for family & friends.​
AGES 8-10 ~ REGISTER FOR WAITLIST 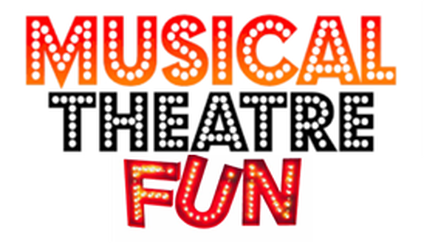 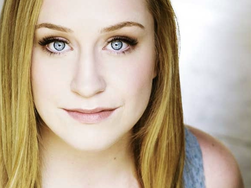 ​CAITLIN BROOKE after 10+ years in NYC and LA,  is now a Portland-based actor, musician, director and instructor. She holds an MFA in Acting from the University of California, Irvine, and a BFA in Musical Theatre from Otterbein University. Recent work includes: Mrs. Johnstone in Blood Brothers (triangle productions!), Vicki in A Grand Night of Singing (Broadway Rose), Harold Hill in the concert staging of The Music Man (Third Rail Repertory Theatre), Rose in Dogfight (San Francisco Playhouse), Paulina in The Winter’s Tale (Texas Shakespeare Festival), Adriana in The Comedy of Errors (Texas Shakespeare Festival), Clara in Passion (Claire Trevor Theatre), and Clytemnestra in The Electra Project (dir. Mihai Măniuțiu, Romanian National Theatre.) Caitlin has directed Shakespeare, contemporary plays, and musical theatre all over the United States. 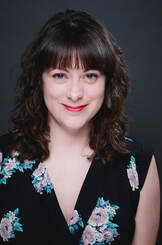 ​​CHRISTINE GREENHALGH SCHULTZ is a fourth generation Portlander who graduated from Western Oregon University with a Bachelor of Arts in Theatre and double minor in Music and Dance. She has a passion for tap dancing, and she has been teaching many different styles in the Portland area for almost 10 years. She currently heads up the tap program at Northwest Academy, and she has choreographed for West Linn High School since 2015.  As a performing artist, she has been featured in many local productions. Her previous credits include Janet in Rocky Horror Show, Judy in White Christmas, Sister Mary Roberts in Sister Act (Lakewood Theater), Beauty and the Beast (Pixiedust Productions), and Gypsy (Broadway Rose). Christine is so happy to be working with Spotlight again, this time in a special collaboration with her husband Sam! 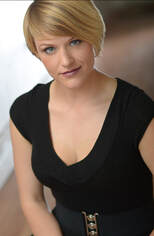 ​HAYLEY GREEN received her Bachelor’s Degree and Master’s Degree in Musical Theatre Performance from Oklahoma City University.  She recently relocated to Portland from New York City where she had a successful career in the performing arts for the past eight years. Hayley has worked professionally in almost every area of theater from performing to directing, music directing and writing to stage managing. Favorite performing roles include: Mayzie LaBird (Seussical: National Tour), Emma Bovary (Madame Bovary: The Musical: Times Square Little Theatre), and as a Mainstage Performer and Vocal Captain onboard Disney Cruise Lines. Hayley was the assistant choreographer to Tony Nominated director Marcia Milgrom-Dodge for two years. She has had three original shows produced as staged readings in New York City and Washington, DC and one show produced in an Off Broadway theatre.  Hayley has been an established voice instructor (specializing in healthy technique and fixing existing vocal issues), vocal coach, piano instructor and acting instructor for the past ten years primarily working with professional performers who have worked in regional theatre, national tours, cabarets, cruise ships, Off-Broadway and on Broadway. 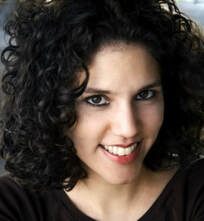 ​LAILA MURPHY is a proud graduate of Northwestern University with a degree in Flute Performance and Musical Theater. Performance credits include; Eponine in Les Miserables with Broadway Rose Theatre, Erzulie in Once on This Island with Stumptown Stages, Fantine in Les Miserables with Metropolitan Performing Arts Academy, Julie LaVerne in Showboat with Lakewood Theatre Company (OTAS Award for Best Supporting Musical Actress), Signora Naccarelli in Light in the Piazza. She has also performed with The Portland Opera, Artists Repertory Theatre, Portland Playhouse, Stumptown Stages, and Anonymous Theater. She won first place for the National Association of Teachers of Singing, National Music Theater Competition in 2011.  As a flutist Laila has performed with the Oregon Symphony, Portland Opera, Broadway Across America, and continues to play in pit orchestras. She has been teaching voice, flute, and piano in the Greater Portland area for over 15 years. 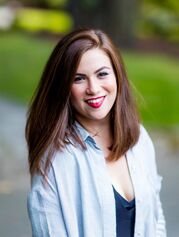 ​
​EVE BRINDIS is a dance educator and choreographer in Portland, OR. She received her B.A. from Linfield University. She has been teaching dance for 10 years to youth and adults in the styles of ballet, contemporary, jazz, modern, musical theatre and tap in various studios and schools. For the last four years, she has directed the dance ensemble at Linfield University, where she teaches dance courses in modern, ballet, tap, jazz, choreography and performance. Her choreography has been seen in many shows at Linfield and has been recognized with Kennedy Center American College Theater Festival for choreography in their production of Cabaret. Aside from teaching, Eve has served as a staff volunteer for Portland’s Dance Wire and is currently working to achieve her MFA in theatre arts. With over twenty years of dance training and performance, she focuses her passion for the arts on dance education, encouraging dance to be an art form used by students to convey expression and purpose. 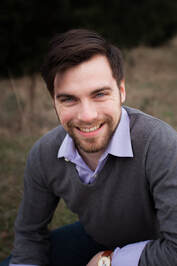 ​
​SAM SCHULTZ received his BA in Theatre Performance from Western Washington University and a minor in Spanish from Washington State University. After college, he moved back to the Portland area to pursue his acting and teaching careers.  Sam has performed with various theatre companies throughout Washington and the Portland area including Broadway Rose, Lakewood Theatre Company and Experience Theatre. Some of his favorite roles include Dr. Astrov in Uncle Vanya (Valley Repertory Theatre), Caliban in The Tempest (Experience Theatre Project), and Charlie in Goodtime Charlie (Lakewood). Sam currently works as a Spanish and English teacher at Columbia Christian Schools in Portland, Oregon. Theatre changed Sam’s life, and he is passionate in sharing that with people of all ages. He firmly believes that what a student learns about performing is not nearly as important as what they learn about themselves in the process. 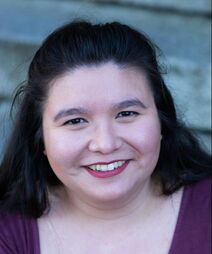